Gambling and gaming have been in New Zealand for a long time and activities related to it have been recorded since the 1830s. Although during its early years, Kiwis would only love to bet on horse racing, the industry has developed and evolved into a modern one and covers more games nowadays.

Today, gambling and gaming are already bringing expenditures of around $NZ 2 billion yearly. Pokies are the most popular and constitute 35% of NZ’s total expenditures from gambling. This is followed by casino games with 26%, then lotto and sports betting.

All legal forms of gambling in the country are allowed to operate in exchange for donations from a portion of their profits for the purpose of improving the community. A total of six casino establishments are now operating in the country.

So, how is legality testing of gambling and gaming forms in NZ carried out? Learn more in this post.

Prohibition of gambling and gaming were evident in the past with one of the most popular gambling and gaming forms in NZ, horseracing, only becoming legal in 1961. In the 1980s, gambling regulations were made more stringent with the granting of permission to casinos and lottery games to operate on the islands.

Another popular gambling and gaming form in NZ, slot machines, were only legalized in 1994 with its very first opening also in the same year.

Today, there is what is known as the Gambling Act of 2003 which states that all gambling and gaming forms are prohibited unless there is a special authorization given by the government.

Modern laws also state that an individual should be 20 years of age for him or her to be able to enter a casino establishment.

Also, only if an individual is already 18, he can join sports betting, lotteries, and scratch cards, otherwise it will be considered as an illegal activity.

When talking about regulation of gambling and gaming legality testing, it is the Gambling Commission that is in charge of ensuring that everything is in line with the law.

These things will help you prevent yourself from breaking the laws of gambling and gaming in NZ. Do not forget to be a responsible gamer at all times. 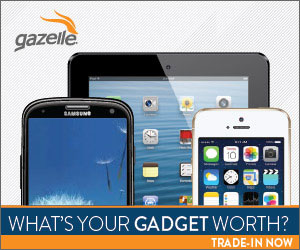